The Sleep Shepherd began its life as a true labor of love. Its development began when Dr. Michael Larson (Founder and CEO) learned his daughter, Jessica, was diagnosed with a sleeping disorder. Desperate for solutions, Michael and his wife looked to harsh medication to help their daughter. Not only did the medication not work, but it put Jessica in the hospital. 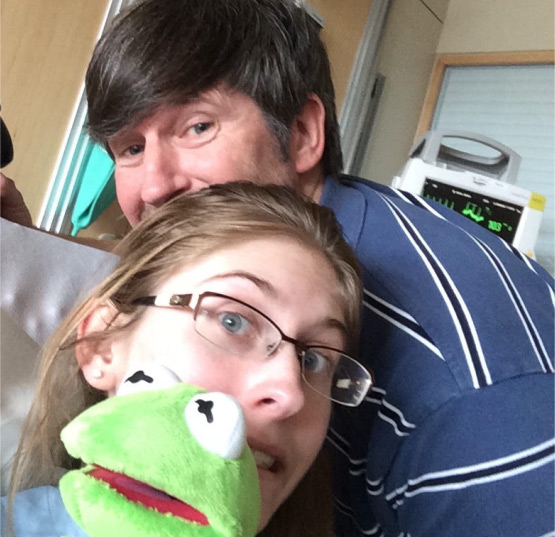 Michael, frustrated at the fact that sleeping drugs did more harm than good for his daughter, began exploring other options to help Jessica. While some things helped Jessica’s sleep slightly, nothing had the affect she needed.

There simply wasn’t an answer to this problem.

So Michael, with his background in product design, took the responsibility of finding a solution for his daughter himself. Through countless trial and error, nearly ten different designs and months of work – The Sleep Shepherd was born.

Since using it, Jessica’s sleep has improved to the point where she was able to stop taking the medication that had put her in the hospital. Seeing how it improved his daughter’s life, Michael began getting it in the hands of everyone he could – from people with sleeping problems, to those who wanted to improve their sleep for health, to everyone in between. The results spoke for themselves. Michael began receiving letters from strangers thanking him because they were finally able to sleep through the night and stop taking sleeping pills.

Since then, the Sleep Shepherd has sold over 10,000 units and has helped everyone from people who suffer from poor sleep, to people looking to perform better, to people who just want more energy during the day. The Sleep Shepherd team has grown significantly, but our mission to help everyone achieve better sleep has remained constant.